Bringing Massive Talent, Lined with Sophistication, with a Sprinkle of Quirkiness

Tom began playing the harp at the age of 6 on an instrument made for him by his grandfather. Since graduating from Trinity College of Music, London, Tom has been involved in a wide range of musical projects both as a soloist and as part of larger groups and ensembles. In 2008, Tom began playing as part of Florence & the Machine, with whom he has toured all over the world (playing at venues including Royal Albert Hall, Sydney Opera House, Red Rocks and the Hollywood Bowl), appearing on TV shows (such as Top Of The Pops, Later with Jools Holland, Late Show with David Letterman and The X Factor) and performing to large crowds at festivals, including Glastonbury, Coachella and Bestival. His playing featured on the UK number one albums “Lungs” and “Ceremonials”, particularly on the singles “Dog Days Are Over”, “Rabbit Heart”, “You’ve Got the Love” and “Spectrum”. Tom has had a great deal of experience playing for a number of functions and events at venues such as Hintlesham Hall, Suffolk, the Millenium Dome, the Wellcome Building, London and The Globe Theatre.

Tom’s performance is perfect during a drinks reception or to add ambiance and romance during a wedding ceremony or high end dinner party. More specifically for wedding ceremony’s he usually plays during the seating of the guests, entrance of the bride, signing of the registry, and the walk out. He has a wide repertoire to suit all tastes and ages and is happy to learn special requests if he doesn’t already know a song you would like him to play. All you need to provide for the performance is a chair. 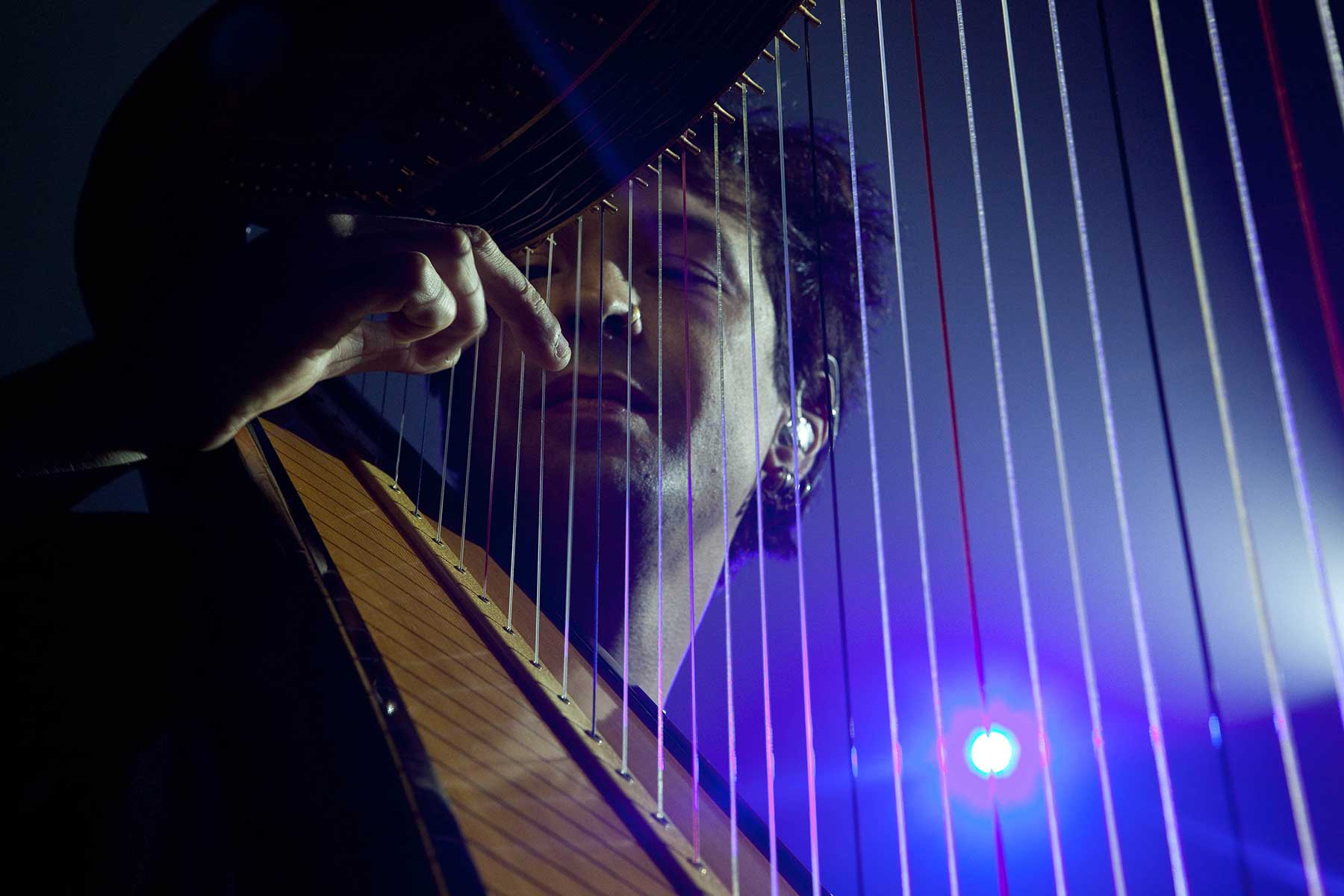 “The wedding went perfectly! Tom was great, I had so many people come up to me and comment on the harpist and how fantastic he was!”
Charlotte, Surrey
“Everything was perfect last week, thank you! Tom was amazing!”
Rachael Beckett, Argus Media